At number six of Ruedo de Doña Elvira street, in the historic quarter of Ronda, is the Hotel Nuevo Ronda, in a building from the beginning of the 20th century that has been completely renovated. El Ruedo de Doña Elvira, a small square dominated by stately linden trees, is a charming corner in the heart of the old town, quiet and peaceful, which takes us back to other times and other ways of life. Nearby are some of the most important heritage jewels of the city of Ronda. Just a five minute walk from Hotel Ronda Nuevo we find the world famous Puente Nuevo (New Bridge) over the Tajo de Ronda, not to be missed. Also, very close by, we will find the House of the Moorish King, a beautiful monumental complex, whose origins date back to the 14th century. Other outstanding monuments near the Hotel Ronda Nuevo are the Church of Santa María La Mayor and, on the other side of the New Bridge, the Ronda Bullring, the oldest working bullring in Spain, dating from the 17th century.

The so-called House of the Moorish King is a monumental complex of enormous historical value and perfectly exemplifies the amalgamation of cultures and eras that make up the spirit of Ronda as a crossroads and city of contrasts. Therein lies its irresistible attraction and beauty. The House of the Moorish King is made up of several elements, different from each other, but which, thanks also to its spectacular location, achieve great harmony as a whole: The Water Mine, from the Nasrid period (14th century); The House, in the neo-Mudejar style, conceived by the Duchess of Parcent at the beginning of the 20th century from the union of an 18th century housing complex, and the Garden, designed by the famous French landscape architect Jean Nicolas Forestier in 1912 on behalf of the Duchess. You can find more information about the visits to the complex on their website. 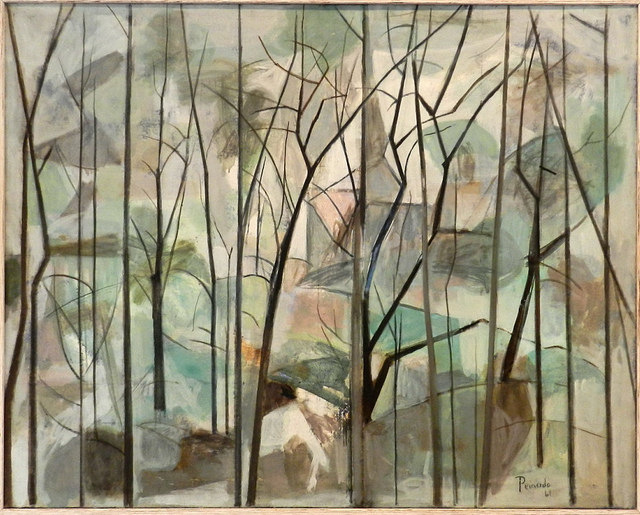 The Museum of Joaquín Peinado, an outstanding Ronda painter from the so-called Spanish School of Paris, is located in the Palace of Moctezuma, in the noblest and most noble area of Ronda, very close to the Church of Santa María la Mayor and the Palace of Mondragón. The building that houses the artist’s museum is worth a visit because of its unique history, testimony to the stay in the city of the heirs of the Aztec emperor after whom the building is named. Joaquín Peinado, a key piece of Spanish contemporary art of the 20th century, dives throughout his career into plastic languages such as neocubism, lyrical figuration or geometric abstraction. His friendship with figures such as Luis Buñuel or Pablo Picasso makes him a witness of one of the fundamental artistic periods of Spanish art. You can find all the information on the museum’s website.

The Bullring of Ronda, one of the oldest in Spain in operation, was inaugurated on May 11, 1784. It is managed by the Real Maestranza de Caballería de Ronda, a cultural management body founded as a “noble corporation” in 1573, which also includes the Riding School, the Bullfighting Museum and the institution’s Archive and Library. The Plaza de Toros, declared an Asset of Cultural Interest in 1993, transcends the mere enclosure for bullfighting spectacles due to architectural concepts such as the absence of open-air arenas, which gives the building a very elegant and original monumental character. You can find more information on the website of the Royal Cavalry. 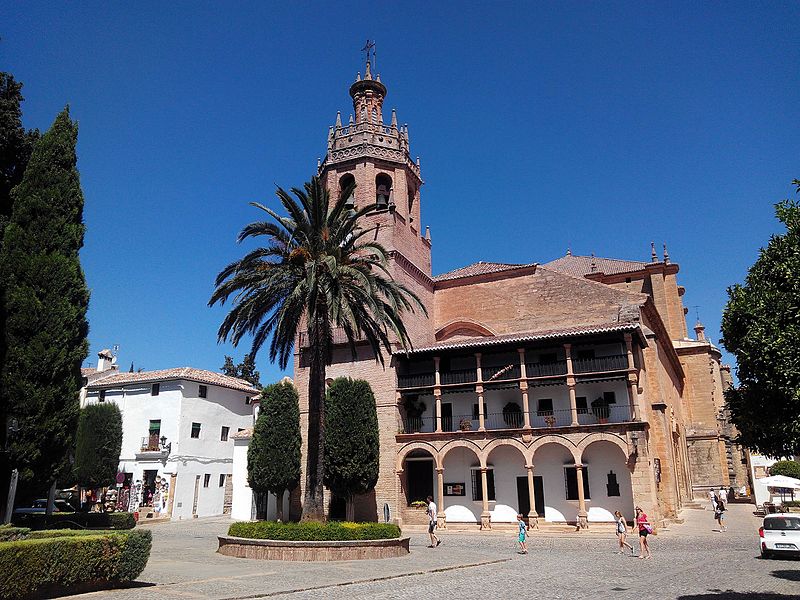 “The Church of Santa María la Mayor of Ronda, elevated to the category of collegiate church by the king Fernando the Catholic, rises over the old mosque aljama of the city, a building of the 13th century, of which there are still remains of the mihrab and the wall, with decoration of ataurique. Previously it could have been a Roman temple”. Thus begins the history of this beautiful church in Ronda, as can be read in its official website. Santa María la Mayor is, therefore, the epitome of a city that has known, like no other, how to amalgamate its universe of historical and cultural influences into an irresistible whole.

The church is open to the public every day of the year, except on December 25 and January 1.

The New Bridge is, without any doubt, the iconic image of Ronda and the monument, partly natural, partly human, by which Rilke’s “dream city” is universally known and recognized. Built between 1751 and 1793, it meant the expansion of the city as it was saved by the impressive Tagus. What may not be so well known is that this is not the “first” New Bridge, but the second. In fact, on the same site there was an earlier one that collapsed six years after it was built, causing a great human tragedy. But progress is always made thanks to the tenacity and talent of some daring people. Here you can learn more about the fascinating history of the New Bridge over the Tajo de Ronda.

The Serranía de Ronda is one of those beautiful and rare places whose natural richness is enhanced by the vivid emotional memory they arouse. Landscapes of legendary bandits, almost dreamlike, where reality and myth are mixed. Of all the civilizations on whose foundations Andalusia has built its present wealth, it is possible to find vestiges and traces in the Serrania de Ronda: palaces, watchtowers, Roman theatres, Arab baths, prehistoric caves… People from all walks of life, ages and backgrounds have succumbed to the abrupt beauty of landscapes that may be real or perhaps imagined.

We use cookies to ensure that we provide the best user experience on our website. If you continue to use this site we will assume that you agree.OkPrivacy policy